The Community Shield is the traditional opener to the new season of football – and a sign that it is time to get excited about the matches to come.

What time is kick-off?

What TV channel is it on?

You can catch the showdown live on BT Sport. Alternatively, follow all the action here at Telegraph Sport.

What is the team news?

Mohamed Salah, Alisson Becker and Roberto Firmino may miss out after returning from their summer breaks earlier this week. Naby Keita and Xherdan Shaqiri are injured.

The City squad is now close to full strength after a number of players missed the pre-season tour of Asia due to international commitments.

Guardiola said: “Except Fernandinho, everybody is back. The guys that came back later maybe they will get a few minutes.”

Midfielder Fernandinho, who was at the Copa America, is due to return to training next we 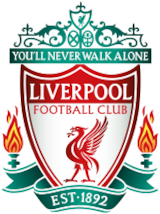 What are they saying?

Klopp appeared to criticise Guardiola’s spending on players. Guardiola has spent in excess of half a billion pounds en route to winning back to back Premier League titles – something Klopp likened a “fantasia land”.

“This year is not the end of Liverpool FC,” said Klopp.

“But we are not in this fantasia land where you just get whatever you want. You cannot do it constantly. It looks like there are four clubs in the world who can do it constantly. Madrid, Barcelona, (Man) City and PSG. Whatever they need, they do. You cannot compare that. That is the situation.”

Klopp claimed Liverpool were unable to compete in the transfer market with the likes of City, who “can do it (spend big sums) every year.”

Guardiola said: “Of course it bothers me because it’s not true that we spend £200million in every transfer market. Last season we spent £17million (net) on one player.”

What are the odds?

Manchester City swept the board with domestic success last season with Liverpool incredibly unlucky to miss out on Premier League success. Jurgen Klopp has the upper hand over Pep Guardiola in season curtain-raisers, a record that stretches back to both managers’ time in Germany, but with several big name players only just returning to Melwood after a busy summer, this could be a City victory.